Why wouldn’t we feel that way? After all, there is an erratic president south of the border, genocide in Syria, human rights abuses in Venezuela, China, Yemen etc. Add in climate change, inequality, North Korea, etc. The list goes on and on...

I suggest that we look at the world from a different perspective. The National Post’s December 31, 2019 reprint of a New York Times piece includes a graph that shows the massive decline in child deaths from 1800 to today. 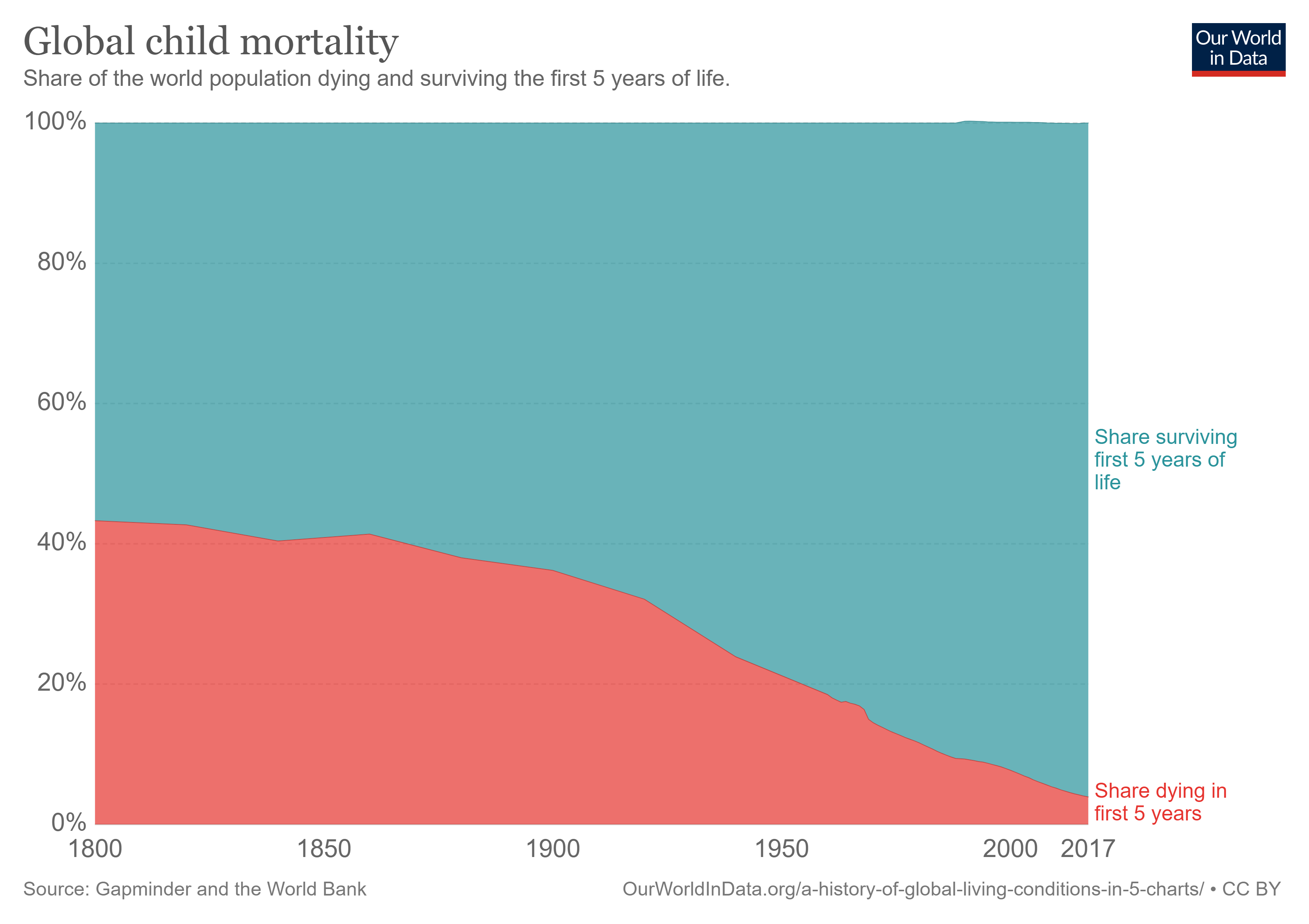 But let’s not stop with the incredible improvements in child mortality, every singe day (yes every single day);

In Hans Rosling’s book Factfulness – Ten Reasons We’re Wrong About the World – and Why Things Are Better Are Better Than You Think, numerous surveys conducted around the world show how people’s assumptions about our world is much more negative than reality. The consensus from these surveys is that things are bad and getting worse; but this is the opposite of reality..

While our world certainly needs improvements in many areas, the facts are that child survival rates, poverty, education levels, death from many different diseases, percentages of vaccinated individuals and much more have improved dramatically during just the last generation.

How could this be? How could our misconceptions about the world be so wrong? According to Rosling, all we need to do is look at our daily news which is loaded with bad news. Let's face it, bad news sells, and good news doesn’t. The fundamental positive world-changes that are happening “too slow, too fragmented, or too small one-by-one to ever quality as news”. Rosling calls it “the secret silent miracle of human progress”.

I see a direct correlation with the fear of investing. Many miss the silent miracle of wealth creation that has been attained continuously through a patient long-term investment strategy. Instead, we are too often distracted with over sensationalized short-term bad news that makes things seem much worse than they really are.

So, let's celebrate a great decade of incredible human successes. I believe this upcoming decade will be even better.

Thanks for taking the time to read,

PS. I highly recommend Factfulness – Ten Reasons We’re Wrong About the World – and Why Things Are Better Are Better Than You Think.